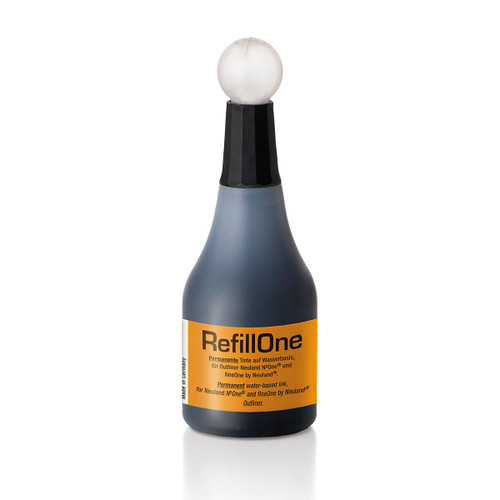 Refill your Outliner up to 45 times with just one bottle!

This 45ml refill bottle allows you to comfortably refill your Outliner by using the opening on the rear end of the marker (unscrew the tip end to refill fineOne markers).

One bottle will refill the following:

The Neuland Outliner is the only Neuland marker with permanent ink, meaning that its drawn contours will not get blurred when coloured with 'water-based' markers.

Pop over to our other paper marker refills to add Outliner refill to your cart!